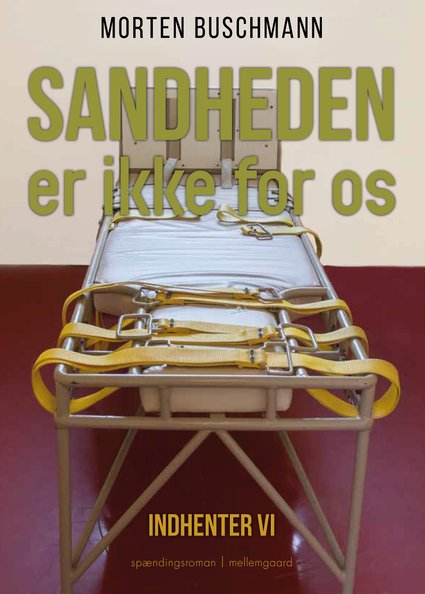 All my novels are based on contemporary, real events.

MEDLØBER ("The Follower") – a  short summary

Second thriller in the same style as "The Trouble Shooter", which brews action, love, humour and again is guided by a labyrinthine, yet compelling plot.

Great emotions are in play in The Follower: Murders, revenge, infatuation and crisis within relationships – added to this are secrets, games of power and twisted humour.

The year is 2013. The body of a German Nazi-officer from the occupation of Denmark in the 1940s is found on Frederiksberg. Strange things are happening in and around Annesofie Gundelach’s large house in Taarbæk, where she lives in a difficult relationship with Jacob Olin Larsen.

A sniper in Copenhagen

One night she is contacted by WikiLeaks-activist Inge Lehmann. And when the two later meet in Malmö, Lehmann is shot down by a sniper. At the same time the sniper agent is in Copenhagen to accept a medal of honour for his efforts in Afghanistan.

Police investigators Poul Reintoft and Finn Svendsen are now on the job of solving both the murder of Lehmann as well as clearing up a murder committed 67 years ago.

Police prosecutor Gundelach and ex-chief of homicide John Milner are back where they started – as partners in the case of the “drug addict sniper” from 2005.

One of the focal points is the American Intelligence Agency (NSA)  - and British intelligence – GCHQ -  intercepts.

The Follower is the second crime novel from Morten Buschmann – released January 2015. 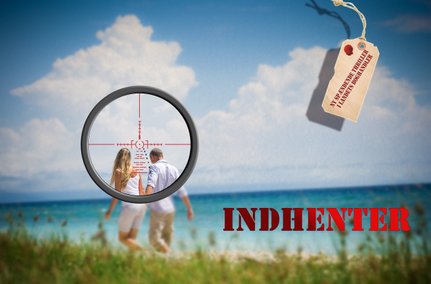 Do you believe in conspiracy theories?

Have you used many editors?

- Of course. Professionel editors every time I publish. It's expensive, but worth while. Further more I've given the manuscripts to all kinds of readers before publishing.

What is it that is so interesting about your main character, Lucas?

- Lucas in not very tangible, he sort of “slips through your fingers”; a rebel in his own and the government’s service. In The Follower, I let him say: “I only remember the mistakes”. Focussing on his mistakes is an interesting character trait, a flaw, if you will, in an otherwise outwardly perfect personality. Apart from this, the other main character Anne-Sophie Gundelach’s life plays an even bigger role. In this second novel her life takes a surprising turn, which also involves quite a special love affair.

Mossad is the secret intelligence service of the State of Israel, where Lucas has been trained. Are Trouble Shooter and The Follower in any way religious novels?

-No, absolutely not. I use religion in specific passages to show why the supporting characters go to war. The main character, Lucas, is a secular Jew and very much an atheist.

Both novels contain politics as well as politicians. Why is that?

- The plot of Trouble Shooter takes place in 2005 and 2006, when Denmark experienced the large-scale Muhammad drawings crisis, while on top of that participating in two land wars in Iraq an Afghanistan.

The use of actual politicians in the first novel goes to show that in those years they were focussed on the biggest crisis in Danish foreign politics since the Second World War and not concerned with the likes of Lucas.

The Follower takes place in 2013. Now Syria and the illegal monitoring of peoples’ smart phones by the NSA and GCHQ are on the agenda.

You claim that your books are fun to read. Are they comedies?

I have painstakingly worked at separating suspense, action and humour. I use humour in dialogue-passages. I even let the politicians make a joking comment here and there, as they naturally would both on and off camera. But when violent and intense action takes place the humour is all gone. You rarely joke while being shot at, for instance.

-  Nothing’s wrong with it. It’s just that novels in that particular genre have been published by the yard and to me they’re often stories of sadness and disillusion. I try to offer a new sort of realism, quite different from the one mentioned as well as the old classic thrillers and spy novels.

Do you think love and sex are necessary ingredients in thriller/spy novel?

- Of course! I try to make my stories as alive and realistic as possible. The plot has to work as were it happening in real life.  Romance and love making is a natural part of everyone’s lives; hopefully.

Your books are based on true stories, it says somewhere on your website. What exactly do you mean?

- About 80 percent of what happens in my novels are things that I have either experienced in my personal life or in my work life. But a Danish sniper agent trained by the Mossad and coming out of a weapon trading family - of course that’s where imagination steps in. But the set up is actually plausible, it could happen.

The Danish Defence Intelligence Service is at the centre of events. Why?

- We know a lot about what happens in Danish society today, but very little of the Defence Intelligence Service. Apart from that they have actually recently advertised for real trouble shooters in major Danish newspapers.

You talk about realistic plots, what do you mean exactly?

- I have developed a serious respect for specialists like forensics and policemen along the way, whom I have been fortunate enough to have help me get the circumstances and descriptions of those jobs right. Even if it is a novel, people’s line of work has to be respected one hundred percent.

It is no use being sloppy with the facts just to make the plot work more easily. It has to correspond with reality.

What do you work with particularly language-wise?

-I constantly work at the picture of a word or a sentence; try to create new words or compounds as well as crooked jokes - all in order to invoke unexpected associations in the reader’s mind that hopefully send the reader off on new trains of thought. But when it comes to the action scenes, I write in a more straight forward language, in quick short sentences. Every scene needs its own language, so to speak.

Three chapters of Indhenter (Troubleshooter) can be read at "Chapters in English".

All six novels released as audiobooks too.