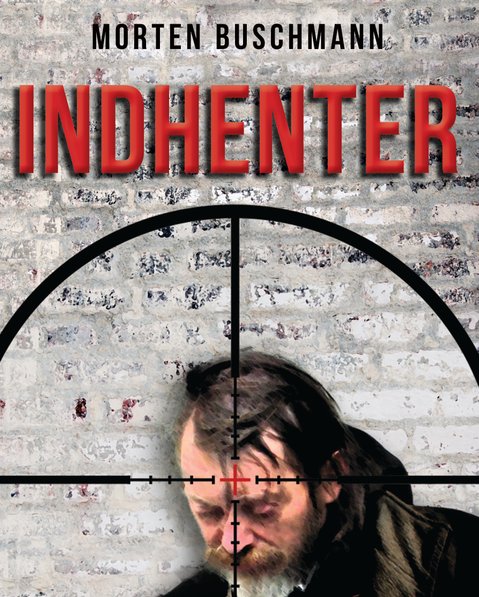 Nordic Noir thrillers  - based on worthy sources in the intelligence world.

All seven novels can be read independently.

A thriller in a different vein, which brews humour, love, action and is guided by a labyrinthine, yet compelling plot.

Autumn, 2005. A sniper picks off a junkie in Aalborg, then another in Aarhus and two more fiends in Copenhagen. Homicide Detective Chief John Milner of the Copenhagen police is assigned to reign in the well-equipped serial killer.

Prosecutor Annesofie Gundelach gets the assignment as well. The “Junkie-Sniper Case”, as the media have dubbed it, is fresh meat for journalists, who have otherwise been whole-heartedly engaged with everything surrounding the Jutland Post’s twelve Mohammed cartoons. Conditions worsen as The Swords of Righteousness Brigade, an Islamic terrorist group, launch their Danish campaign.

Annesofie Gundelach is divorced, but smitten by her new boyfriend – her first in years. Lucas is handsome, intelligent, sexy and charming, in sharp contrast to her violent ex. Indulgent in every aspect of her new love, Annesofie’s thoughts are a world away from the sniper hunt.

Sympathy for a killer

Radio journalist Jacob Olin Larsen of the Danish Broadcasting Corporation (DR) gets a shot at the scoop of a lifetime – a ‘one-on-one’ with the Junkie-Sniper. The sniper is more than a mysterious serial murderer; he has put three Nazis to rest as well. Though they were young during the Second World War, the three had tortured and murdered all the same. None received the sentence that all would agree they deserved. Something about the serial killer evokes sympathy from a conflicted and divided public, with a number of Danes in supporting the cull.

Preoccupied with Iraq and Afghanistan

Spring, 2006. The Mohammed cartoons crisis is ablaze. Experts describe the controversy as, “Denmark’s largest international relations crisis since the Second World War.” Prime Minister Anders Fogh Rasmussen & Co., public officials and the Danish Security and Intelligence Service (PET) are swamped. But more serious problems exist. Denmark is engaged in land wars on two fronts, in Iraq and Afghanistan. The Ministry of Defence, Danish Armed Forces and the Danish Defence Intelligence Service (DDIS – or FE in Danish) have more than enough on their plates to occupy themselves with. Freedom fighters/terrorists, IEDs and suicide bombers lurk about. And many Danish (and allied) troops attend their homecomings in caskets.

And then, the sniper strikes again – two more junkies gunned down in Odense.

Jared Abraham, an Englishman, arrives in Basra, Iraq. Embedded with a British SAS special-forces unit, his mission is to assume residence in a camouflaged cave on the unguarded southeast flank of the Iran-Iraq border. From his perch, he is to kill as many terrorists and other enemy combatants as possible, before they shimmy deeper into Iraq and realize their intentions of killing soldiers and civilians.

Stop reading - if you do not want to know the ending!

Lucas Zickermann Fischer is a half, but non-practicing Jew. He is an ace sniper/agent. The Zickermann family earned its fortune in weapons manufacturing, mainly through the design and manufacture of the Uzi, an easy to tote submachine gun deployed throughout Israel. As thanks for this weapon and contribution, Israel offered the secular family a slot in Sayeret, an Israeli special-forces unit, as well as in Mossad. Lucas was the inheritor of this privilege.

Lucas is officially charged with neutralizing Nazi war criminals around the globe. But this mission of compensatory historical justice is paralleled by another pursuit. His older sister died of AIDS, transmitted by way of HIV passed on to her by a junkie. Lucas wants to “solve Denmark’s insoluble problems” and avenge his sister’s death.

Lucas wants to make a difference – and has his family’s blessing in doing so. Part of their plan is for Lucas to volunteer as a “Gatherer” in the Danish Defence Intelligence Service (DDIS).

But the situation in Denmark becomes tense in the wake of the six junkie murders. The perpetrator is wanted. In the wake of an unsuccessful hit on a paedophile in Southern Jutland, Lucas must flee Denmark and take refuge with his grandparents in Germany.

From there, a small (and covert) unit of DDIS officers shuttles him to Ramstein Air Base in Germany under the alias of Jared Abraham, and then, onward to the sweltering chaos of Basra, Iraq.

The Mohammed cartoons controversy has escalated to a full-fledged crisis, both in Denmark and internationally. Prime Minister Rasmussen’s administration desperately needs the support of President Bush and Prime Minister Blair.

But the Americans, British (and Danes) are already bogged down in Iraq. Lucas, the highly trained Gatherer, is Denmark’s extra contribution to Blair and Bush, a token of appreciation for their support during the Mohammed crisis.

An effective gatherer in Iraq

The Mossad trained sniper targets and takes out enemies along an unguarded stretch of the southeast Iran-Iraq border.

Both task and location suit Lucas. The law, the courts and police are distant and irrelevant. All is fair in love and war.

The Army and allied troops are keen about the one-man army, the Gatherer, who has been so successful in exterminating the infiltrating terrorists.

The result: while chaos reigns throughout Iraq, fewer allied troops die in British controlled Basra, home to Danish troops as well. But Iraq/Iran/the terrorists are on his trail and he must return to Denmark. He misses his girlfriend, Annesofie Gundelach and knows that the Danish Defence Intelligence Service will protect him.

The small group of DDIS operatives and a handful of officials know that Lucas is the “Junkie-Sniper”.

But Lucas yearns for Annesofie Gundelach, who together with homicide detective Milner and the journalist Larsen is on the verge of suspicion.

The Anders Fogh Rasmussen government deflects suspicion from Lucas: the Junkie- Sniper is a foreign terrorist, most likely a member of The Swords of Righteousness Brigade or another terror group that in 2005-2006 is about to arrested somewhere abroad.

The manoeuvre could easily become juicy, high-caloric fodder for the voracious media.

The government don’t know that Lucas and the Junkie-Sniper are one and the same.

DDIS deploys Lucas to Afghanistan’s Helmand Province as a British SAS specialist to wage battle alongside allied troops in their war against the Taliban.

Has worked at DR, TV2, the Defence Command in DK and University of Copenhagen.

Lives in Frederiksberg, Copenhagen with his wife.

Seventh novel "We are the reality" will be released 20. February 2023.

• The third novel, Udstikker, (The Cutter) was released spring 2016.

Three chapters of Indhenter (Trouble-shooter) can be read at "Chapters in English".

Books can be bought in stores in Denmark and online at: 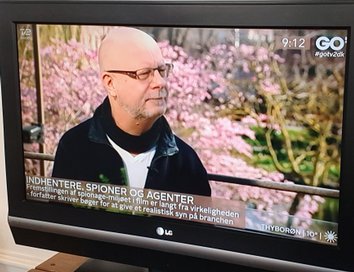